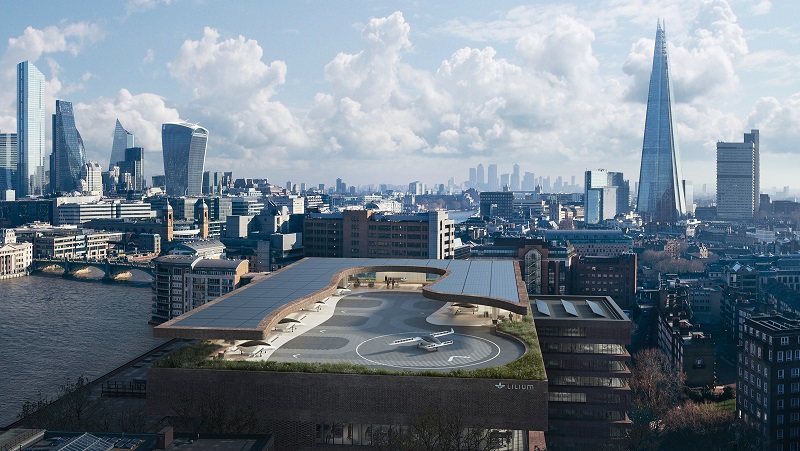 Lilium, the Munich-based startup developing a revolutionary on-demand air taxi service, today announced it has selected London to be the base for a world- class software team it plans to develop.

Hundreds of high-end software engineering roles will be created in the city over the next five years as the business seeks to make affordable, electric, on-demand air taxis a reality by 2025. Roles will also be added in their existing hubs in Munich and Zurich.

The announcement, which coincided with London Tech Week, came as the company confirmed a trio of senior hires, including the appointment of Carlos Morgado, former Chief Technology Officer (CTO) at Just Eat, to lead the development of the software engineering team as VP Digital Technology.

Additionally, the business has appointed Anja Maassen van den Brink as Chief People Officer (CPO) and Luca Benassi as Chief Development Engineer. Maassen van den Brink joins Lilium from VodafoneZiggo where, as Chief Human Resources Officer and a member of the Executive Board, she led the integration of the mobile and fixed business into one company. Benassi brings more than 20 years of experience in the aerospace sector, having worked at NASA, Boeing and, most recently, Airbus, where he was a Senior Expert and Head of Acoustics and Vibration.

The news comes just weeks after the company revealed the Lilium Jet, the world’s first all-electric, five-seater, vertical take-off and landing jet, and underlines its progress towards delivering a world where anyone can fly anywhere, anytime.

Commenting on the announcement, Daniel Wiegand, CEO, said: “We are one of very few companies in our sector that wants to both produce air taxis and then operate them day-to-day. Today’s announcement and the recruitment of these three new leaders underlines our continuous efforts to build the very best team in air mobility. We are hiring the best of the best from a global talent base, forming the basis for achieving our target of becoming the leading air mobility company.”

Commenting on the task that lies ahead, Carlos Morgado said: “Delivering Lilium’s vision of an on-demand air taxi service that customers can order directly from their smartphone will require software, and a team, that is almost unparalleled in its sophistication.

“Not only do we need to deliver a seamless digital experience for our customers, which will be based around a ride-hailing app similar to those you would use for a taxi today, but we also need to create the software that will enable us to manage our fleet in the smartest and most efficient way possible.

“We’ll be scheduling flights, moving aircraft around to match changing demand, and managing maintenance, all in three dimensions, with the added complexity of having to integrate with existing air traffic control regulations and systems.”

Lilium plans to design, produce and operate the Lilium Jet, and has set a target of being fully operational in several cities around the world by 2025.

Commenting on the selection of London as a base for the team, Remo Gerber, Chief Commercial Officer (CCO), who leads the aviation operations division, said: “Achieving our aims will require us to build one of the world’s most innovative and high-performing software engineering teams. While we recognize that talent is global, London offers us access to a rich talent pool and an environment that’s well-suited to delivering the extraordinary.”

As VP, Digital Technology, Morgado will be responsible for building and leading the team that will develop and operate the software that will power Lilium’s digital platform. With more than 25 years of experience in the online world, Morgado was writing his first lines of HTML script in the earliest days of the World Wide Web.

Having spent seven years at AOL, he joined Just Eat before it raised Series A financing, staying on until the business had IPO’d and successfully joined the FTSE 250.

Commenting on his appointment, Morgado said: “I’m extremely excited to have the opportunity to build a world-class team from the ground up. While the challenge here is significantly more complex than the one we faced at Just Eat, I’m looking forward to building on the lessons we learned from making that a success.”

Remo Gerber, CCO, added: “Carlos is a master in his field and under his guidance we look forward to delivering tools that set Lilium apart as a global leader in digital technology.” 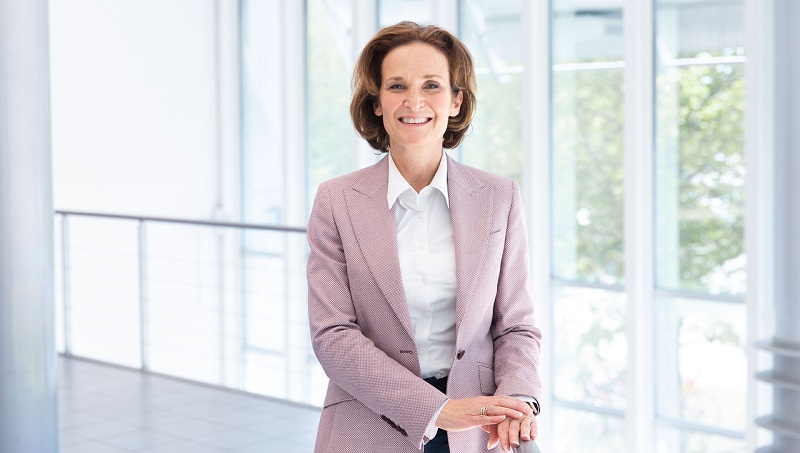 As Chief People Officer, Maassen van den Brink joins the executive leadership team of Lilium and will take overall responsibility for delivering a world-class people function to support the rapid growth of the business in the coming years.

Originally from the Netherlands, Maassen van den Brink is a global expert in her field, with more than 25 years of experience across highly customer-focused companies in the consumer goods, retail and telecommunications sectors.

Commenting on her appointment, Maassen van den Brink said: “At Lilium we are developing a remarkable business with a bold vision. While we’ll need to excel as an engineering and production business, we also need to develop a customer-focused business that delivers magical customer experiences every day.

“We are bold, too, with our people agenda. People at Lilium are extremely driven, bright and keen to have a positive impact on the world. In the coming years we will need to grow rapidly, while treasuring the unique feel of the company and the friendship in the way we work. I am proud to be a part of Lilium.”

Daniel Wiegand, CEO, added: “When the four co-founders set out to create Lilium we committed to putting the human at the center of absolutely everything we do, so this is a critically important role for us. By building a world-class people function, we aim to attract the very best talent and enable our employees to thrive, grow and shape the future.”

As Chief Development Engineer, Benassi will be responsible for the technical execution of the entire aircraft program at Lilium. In particular, he will work together with the engineering and manufacturing team on technical strategy, aircraft requirements, solution development, integration, verification and certification of the aircraft.

Benassi spent the past 11 years at Airbus, most recently as Head of Acoustics and Vibration and Senior Expert in the Defense and Space division. Prior to this, he worked with Boeing on the 787 Dreamliner aircraft, having completed seven years with NASA in California, working on the development and analysis of a new composite wing design.

Commenting on his appointment, Benassi said: “The world has never seen anything quite like the Lilium Jet before. I’m thrilled to be part of the team that will help bring this aircraft to life, while ensuring we deliver a product that is unquestionably safe, robust and reliable.”

Daniel Wiegand, CEO, added: “Luca’s experience of having worked on some of aerospace’s most complex and well-known projects is invaluable and he is an excellent fit for our first principles based engineering culture, in which we consequently orient ourselves by the limits of physics, not by anything which currently exists. Luca further underlines our commitment to delivering an aircraft that will be certified to commercial aircraft standards.”