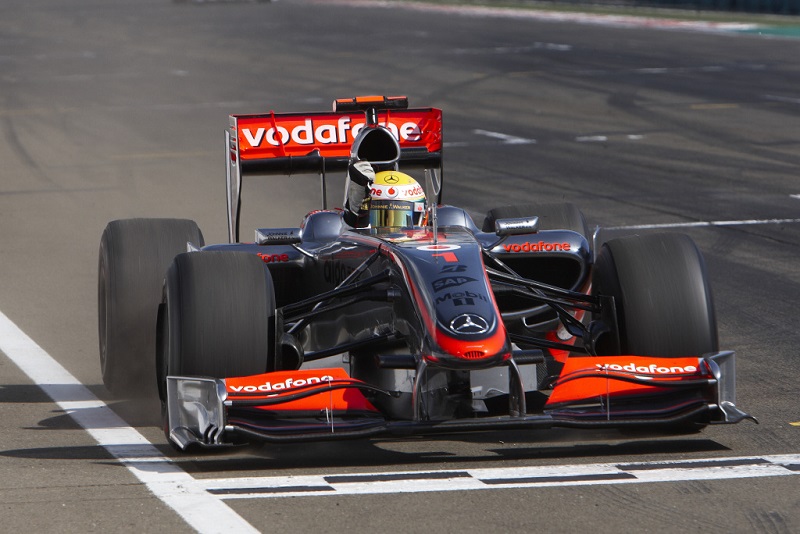 Ten years ago, at the 2009 Hungarian Grand Prix, Lewis Hamilton was the first driver in Formula One to win a race with a hybrid engine. The Kinetic Energy Recovery System (KERS) was the first step towards the electrification of Power Units in Formula One. Today, we’re looking at the hybrid F1 Power Unit and the development journey that lead to one of the most efficient internal combustion engines ever made. 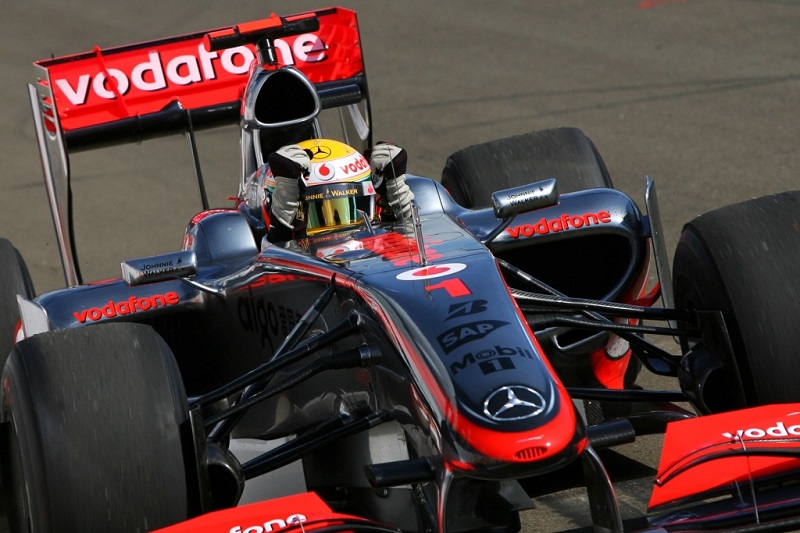 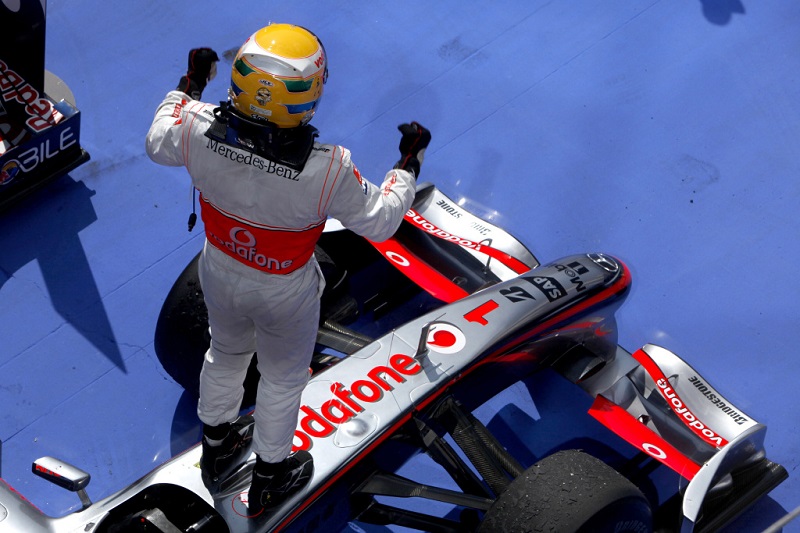 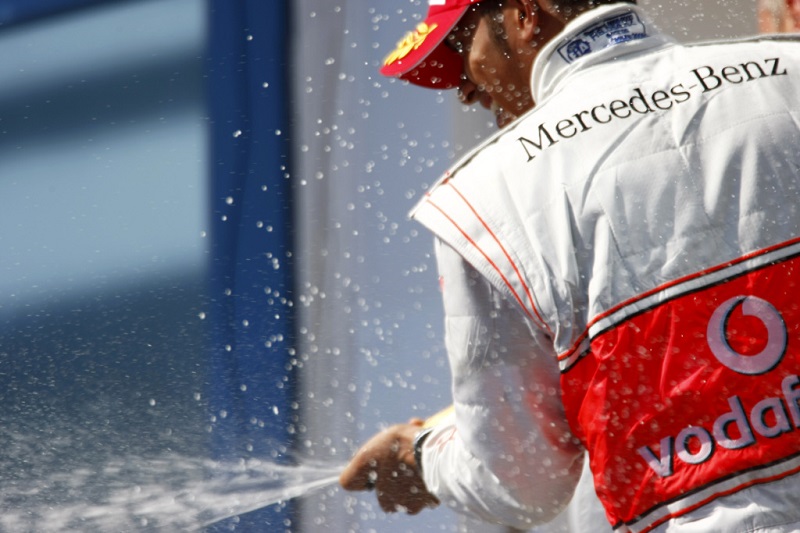 Lewis Hamilton launched into the 2009 Formula 1 season in a McLaren-Mercedes MP4-24. In this particular season, he won the Hungarian Grand Prix and the Singapore Grand Prix. Image Credit: Mercedes Motorsports Media

What makes the 2009 Hungarian Grand Prix the first hybrid victory in F1?

The 2009 Formula One regulations gave teams the chance to add a hybrid component to their powertrains – the Kinetic Energy Recovery System, known by its acronym KERS. Today’s regulations make a hybrid Power Unit mandatory; however, back in 2009, it was up to the teams to decide if they wanted to use KERS. Both Brawn and Red Bull, the two teams that had won the opening races of 2009, opted to run a conventional engine. However, Mercedes-Benz had developed a hybrid system that McLaren-Mercedes was running in 2009. So when Lewis won the Hungarian Grand Prix on 26 July, it was the first ever victory for a hybrid Formula One car. Indeed, KERS played an instrumental role in Lewis’ race: he made the decisive overtake on Mark Webber for second place with the help of KERS. When race leader Fernando Alonso retired a few laps later, Lewis took the lead and took his 10th grand prix win – and the first hybrid win in the sport’s history.

How does today’s hybrid system work?

The FIA distinguishes between six components in a Formula One Power Unit, four of which form the hybrid system officially known as the Energy Recovery System (ERS). Two of those ERS elements are electric machines that recover energy and deliver it in the form of additional performance. There’s the Motor Generator Unit-Kinetic (MGU-K) which recovers kinetic energy from the car under braking. While it’s more advanced and more powerful than the 2009 KERS, the basic principle is similar. The energy recovered by the MGU-K can then be used to propel the car.

The second electric machine is the Motor Generator Unit-Heat (MGU-H) which sits between the compressor and the turbine of the turbocharger, nestled between the two cylinder banks of the engine in the Mercedes design.

The turbocharger itself is powered by the exhaust gases from the engine; however, once the compressor is powered up, there’s excess energy in the exhaust stream which can be recovered by the MGU-H. This electrical energy can then be used to keep the compressor running under braking so there’s no turbo lag when the driver steps on the throttle again.

Both electric machines are connected through a three-phase cable to inverters that convert the electrical energy into DC voltage for the battery pack, better known as the Energy Store (ES) where the recovered energy is stored chemically in lithium-ion cells. In terms of the energy journey, the machines turn rotational energy into electric energy which is then stored as chemical energy.

The entire hybrid system, in fact, the entire Power Unit, is controlled by the Control Electronics (CE) which sit alongside the Energy Store in a single housing. Over the course of a race, the CE will complete over 43 trillion calculations on average – including what speed the electric motors should run at and how much power should be deployed while also looking after the ES to make sure it is optimized for peak performance.

How has the hybrid system evolved in the last decade?

The beginnings of the hybrid era in Formula One date back all the way to 2007, when an energy recovery system was used for development testing.

Its battery pack weighed 107 kilograms and achieved 39 percent efficiency, its water-cooled power electronics were packed into a chunky box that took up a significant amount of space in the car.

Two years later, when KERS was first used in a race, the system weighed significantly less. The 2009 Energy Store weighed 25.3 kilograms – over 75 percent less than the battery pack two years earlier. At the same time, the efficiency was increased to 70 percent. The power electronics used air instead of water for cooling and were packaged in a much smaller carbon fiber housing.

The next big step were the 2014 Power Unit regulations, which saw the introduction of turbocharged 1.6 liter V6 engines with a highly capable hybrid system. In addition to recovering kinetic energy from braking with the use of the MGU-K, teams were permitted to harvest energy through the MGU-H. Since the first hybrid steps in 2007, the weight of the batteries has been reduced by 81 percent to the regulatory limit of 20 kg. The power density in the battery cells was increased twelvefold and the Energy Store now achieves an efficiency level of 96 percent.

Why is efficiency important in Formula One?

Another aspect is weight saving: According to the regulations, teams may use a maximum of 110 kg of fuel per race. However, the weight of the fuel is not part of the regulatory minimum weight of the car, so if you require less fuel than the maximum allowance, you can start the race with a lighter car. That translates directly to quicker lap times: for every five kilograms of weight saved, the car is about two tenths a lap quicker.

How do the teams make sure that they get the most out of the hybrid system?

The marriage between the ERS and the engine is one of the key parts to making a Power Unit work to the best of its abilities, and it’s something that teams focus on every race weekend. It’s all about working out how to deliver and recover the energy in the optimum way.

Before a race weekend, simulations are run with the computer working out the ideal set-ups and scenarios. These are then tested out for the first time in the Driver in Loop (DiL) simulator, to create a profile for that specific track. Each circuit will require the ERS system to recover and deploy energy in different ways, so the DiL is a good first step in understanding how the computer results are working.

The profile created on the DiL is then moved onto the dyno, where the hardware is really put through its paces. This step is all about seeing what the hardware can deliver. Once work is complete on the dyno, it’s onwards to the race track, to see and understand the reality. Preparing the ERS for each track all depends on the amount of braking performance and cornering performance of the car, to work out how much full throttle time a lap will take – because this will determine how long the MGU-K needs to run, how much energy needs to be taken from the battery, and also how long the MGU-H will be absorbing energy and how much energy it can put into the battery.

The learnings are taken from Friday’s practice running and worked on overnight, before then being deployed on Saturday in Qualifying, where the battery can be depleted fully. During the race, the battery will stay at the same state of charge. This is because, unlike in an electric car where you fill the battery and drain it, the ERS recovers what it can, stores it briefly in the lap and deploys it at the best time.

How road-relevant is KERS and ERS technology?

KERS, ERS, MGU-H and MGU-K – we just love a good engineering acronym in Formula One. Unsurprisingly though, those letters don’t have a huge relevance outside the world of F1; the technologies that hide behind those acronyms, however, are very relevant. In the road car world a system like KERS or the MGU-K is known as a regenerative braking system.

Under braking, the car recovers some of the kinetic energy and uses it to charge a battery which can then be used to propel the car again. The technology behind the MGU-H is more commonly known as an electric booster compressor or e-booster. Another area where you can see similar developments in the road car world and Formula One is the introduction of high-voltage systems.

Why? In an electrical system, energy loss manifests itself as heat which is not a welcome effect in a car. The losses can be reduced by reducing the current. In order to reduce the current while keeping the power the same, you need to increase the voltage. In F1, we’re now close to 1,000 volts with the ERS battery. Modern electric road cars usually operate systems of up to 400 volts; however, the voltage will increase in the future and be closer to the voltage used in Formula One today.

While the development journey of F1 and the automotive industry is very similar, there is one difference. In F1 these technologies are used to make the cars go quicker. In the road car world, they are used to go further with the same amount of energy.