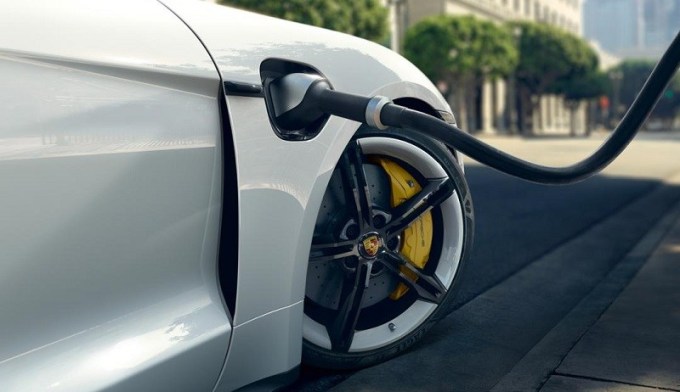 Direct-current charging stations can charge an electric car in mere minutes. As, however, no meters existed until recently that conformed to calibration laws, Porsche Engineering filled this gap.

If you like sporty driving, you dislike long charging stops. That’s why charging the Porsche Taycan for 100 kilometers of NEDC range should take no more than about four minutes. Naturally, when you buy an electric vehicle, you expect infrastructure for high-power charging to exist. 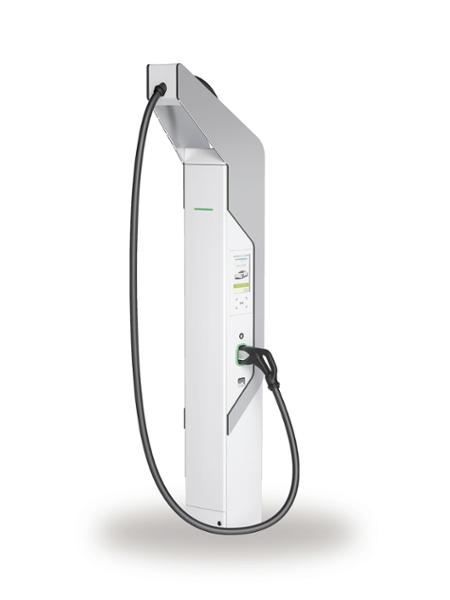 The charging stations for electric vehicles publicly available in Germany today mostly supply alternating current (AC) with only a relatively low charging output. They take several hours to fully charge a vehicle battery. Direct-current (DC) charging stations, with output rates of up to 350 kilowatts, are much faster, earning them the moniker of “high-power chargers.” Charging a sports car like the Taycan for the next 100 kilometers at one of these will really take only a few minutes.

Add to the above that, up until now, no measuring technology existed that conformed to calibration laws. There was no legally approved way to meter the electricity consumed during charging. Compliant metering requires conformity assessment and approval by the PTB, Germany’s national metrology institute. The PTB inspects technology systems to judge whether they comply with the various German measurement and calibration laws. Because certified DC high-power chargers did not exist, and their availability at the launch of the Taycan was uncertain, the specialists at Porsche Engineering went and developed them themselves: Their Porsche DC Energy Meter is a certified meter for DC charging systems with a capacity of up to 350 kilowatts. It establishes the grounds for building a high-power charging infrastructure in time for the Taycan’s launch.

“We faced quite a challenge—we needed to design a system without actually knowing the precise requirements it needs to meet,” explains lead engineer Alexander Schneider-Schaper, who is in charge of the project. As late as last fall, there was still only one thing that was definite: Every customer was entitled by law to know precisely how much energy they had acquired and when. This meant that the engineers were forced to start work on the DC Energy Meter while several questions remained as yet unanswered. When work began, the DKE, the German committee on electrical engineering and information technology—a body called into being by the German national standards institute DIN and the electrical engineering association VDE—was still drafting proposals. The proposed directives then still needed to be submitted to another investigative committee (the REA) for assessment and finally forwarded to the national calibration office.

It can be very complicated to measure the energy transmitted to an electric vehicle at a charging station. Unlike a household, where you always have the same user and simply reading the meter once a year suffices, public charging stations run through a whole cycle of users day in, day out. Each and every one of them is entitled to a precise, transparent bill. Porsche Engineering translated this set of conditions to a requirements catalog for developing the Porsche DC Energy Meter: It needed to identify the user, log the time of charging, and measure current, voltage, and time during the charging procedure. The measurements can then be used to calculate electrical work in kilowatt-hours. All of these data subsequently need to be transmitted via a backend to the provider who then issues a detailed invoice to the customer.

The next major challenge was then that charging stations themselves offer fairly little space inside. Most of their interior is taken up with connection sockets, the charging cable and its integrated cooling, and the charge control units. To accommodate the additional technology, the engineers decided to design a two-part system comprising the DC Energy Meter itself and a sensor unit measuring current and voltage. The latter is wired into the electrical circuit between consumer and charging station. Its measuring capacities range up to 500 amperes and 1,000 volts. 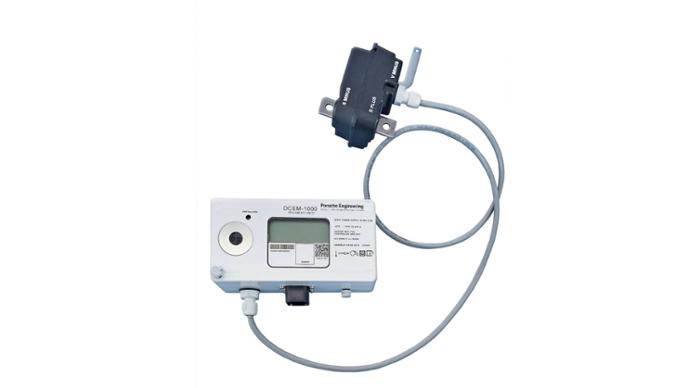 The DC Energy Meter is a meter for direct-current charging stations with an output of up to 350 kilowatts. Image Credit: Porsche AG

The sensor transmits the values it measures to the actual DC meter, which was constrained in size to the volume of a half-liter beverage can. The meter records the data and computes the transferred energy, linking it to the customer data, and packaging the whole lot in a tuple with a unique signature—a data bundle that can no longer be edited. This tuple is what the backend operator receives and uses to write the invoice. The backend operator is also the contact with whom customers can check—using transparency software like an app, for example—when, where, and how much electricity they have drawn. Naturally, this information is also shown in real time on a Porsche Engineering LC display during charging.

“Protecting the system against tampering was a key consideration when designing it,” says Schneider-Schaper. To make sure that no-one opens the sensor or DC Energy Meter, the casing design is securely closed and sealed. Approval by the PTB—at present the only body authorized to assess conformity in the field of electromobility—will be granted before the end of 2019, now that the assessment criteria for approval have been decided. Assessed factors will include design and operation, environmental compatibility, and whether the charging station and software comply with measuring and calibration laws when in operation.

All hurdles to rolling out the technology have thus been cleared. “At the moment, everyone is concentrating on the expansion of the existing infrastructure, even if not all specifications or standards are final,” Schneider-Schaper tells us. “This gives Germany the opportunity to act as pioneer and to establish the technology that is already certified and approved here.” 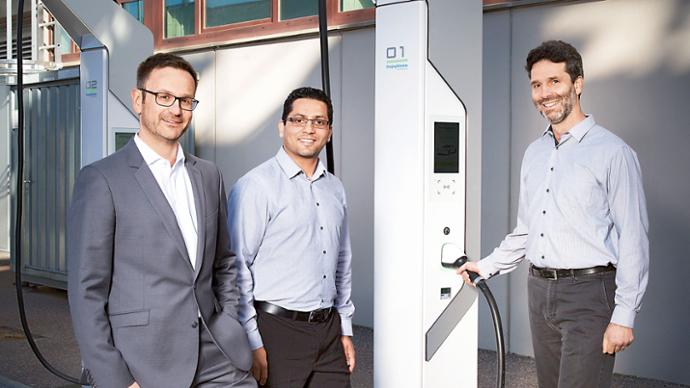 The DC Energy Meter at a glance

Current measuring range
0 to 500 A

The DC Energy Meter meets the meter standards EN 50470-1 and EN 50470-3
and complies with the latest measuring requirements, for example in terms
of electromagnetic compatibility, temperature, and vibrations. The casing is protected against liquid ingress in accordance with protection class IP 30. 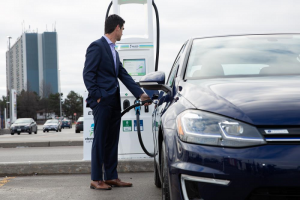