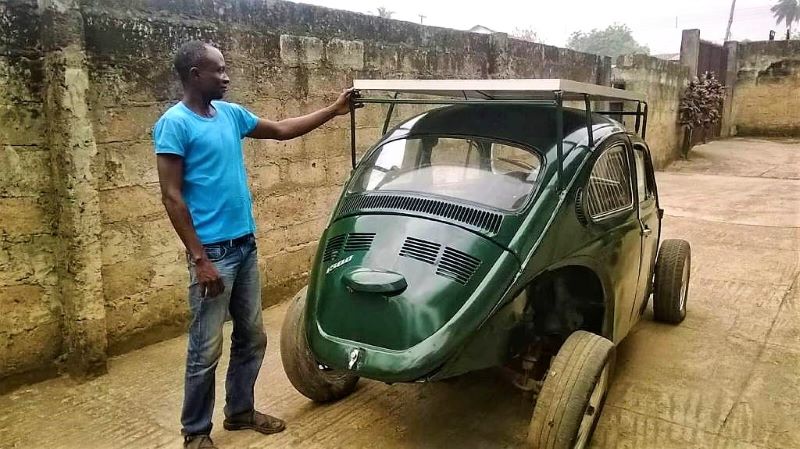 Nigerian Segun Oyeyiola took a Volkswagen Beetle and turned it into a fully renewable energy-powered off-road vehicle from a Volkswagen and hunted scraps.

The engineering senior at Nigeria’s Obagemi Awolowo University spent a year retrofitting a Volkswagen Beetle into a wind and solar-powered car, partly made of free scrap parts donated by friends and family. Everything else cost under $6,000.00.

There’s little question as to why Oyeyiola, who is taking his finals in the next two weeks, would devote so much of his extra-curricular time and resources to the project. 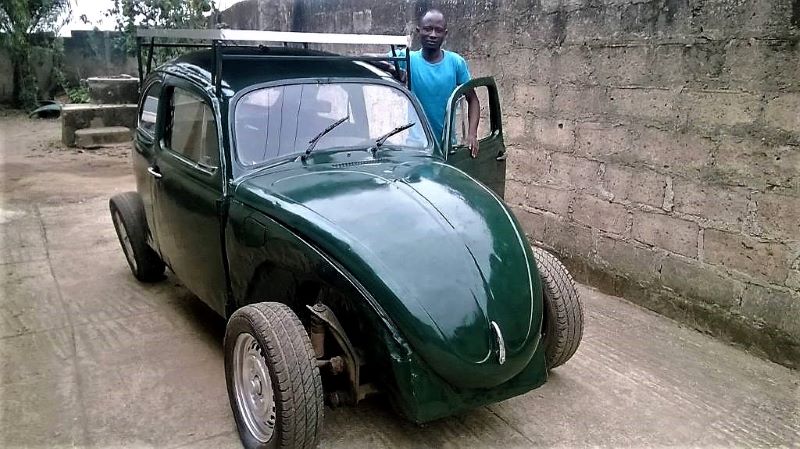 As he wrote in an email to Co.Exist:

“I wanted to reduce carbon dioxide emission[s] going to our atmosphere that lead to climate change or global warming which has become a new reality, with deleterious effect: seasonal cycles are disrupted, as are ecosystems; and agriculture, water needs and supply, and food production are all adversely affected.”

“Therefore, I came up of building a car that will use both winds and solar energy for its movement,” Segun Oyeyiola continued. “This was my personal project because of the problem I’m planning to solve.” 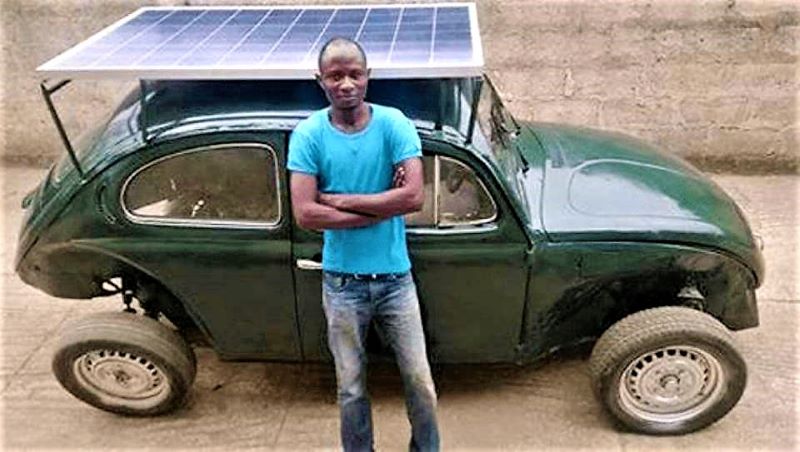 Not only did Oyeyiola install a giant solar panel to the top of the Beetle, but he also inserted a wind turbine under the hood. As Preston explains, that allows air to flow into the grill while the car is moving, subsequently turning the turbine’s rotors and charging the battery at the back of the car. Oyeyiola also built a strong suspension system to deal with the weight of the battery.

The battery takes 4-5 hours to charge, but Oyeyiola says he’s working on that. The biggest challenges, he says, came from finding the best materials to use, and ignoring the people telling him he was wasting his time.
[ht: Fast Company, Co. Exist, & City Scrollz]

No challenge is too big when one wishes to experiment through applying alternative technology power options to everyday mobility platforms.